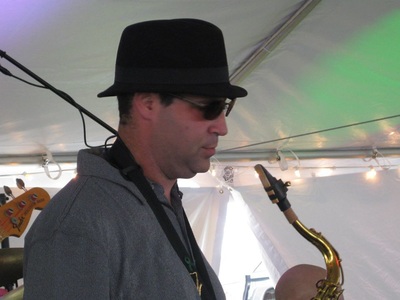 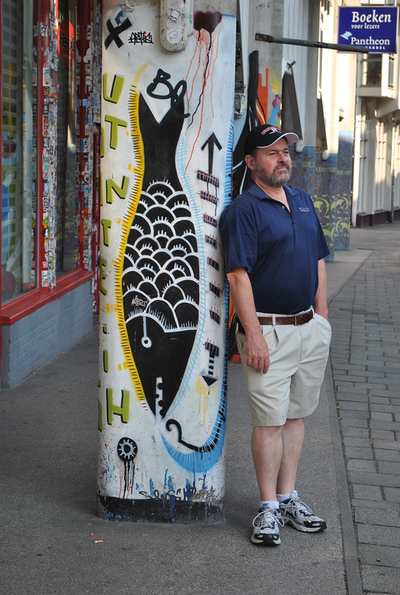 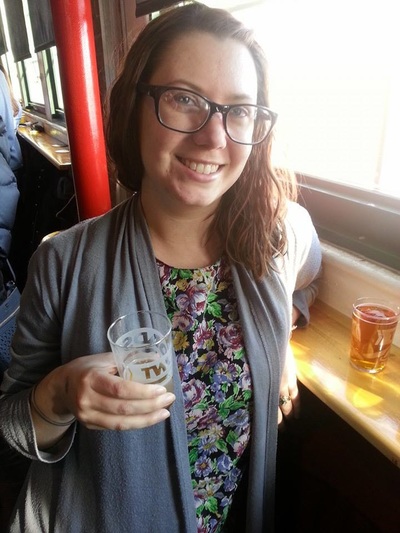 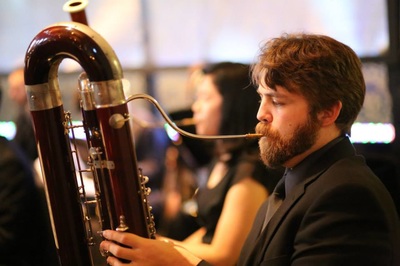 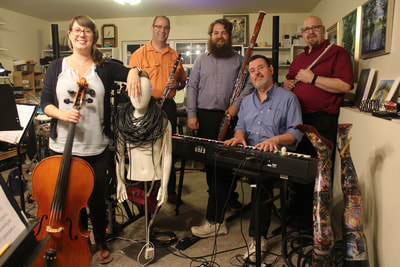 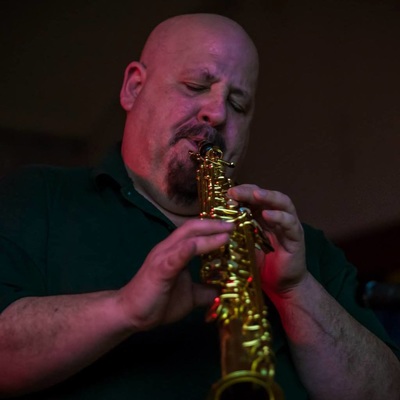 Robert Rabinowitz: Flute, Soprano Saxophone, Alto Saxophone
﻿Gregg Baimel: Clarinet and Saxophones
﻿
Gregg has been playing the clarinet and saxophones for over 30 years.  In that time he has been active in a variety of local ensembles, traversing the genres of classical, jazz and rock & roll. While clearly out of his generation with his love of big band jazz, he is enjoying the unique musical opportunity of playing with the NENME.  Gregg lives in Newtown with his wife, two children and cat, all of whom are musical in their own right.

Phil Crevier: Piano
Phil began studying the organ at seven years old.  In his adolescence in the early 70s he developed an interest in computers and since then the two disciplines of music and computers have shaped his life’s work.  He has created many original musical compositions based on algorithmic principles including one massive work, Sadist Factory, an opus which was performed in 1973 taking 100 hours to complete and has been listed in the Guinness Book of World Records as the longest musical composition ever composed.  He went on to graduate from Trinity College in Hartford with a dual degree in Music and Computer Science.  While at Trinity he focused on organ performance and composition studying with Clarence Waters and John Rose.  Since then he has pursued his musical and technology interests.  He is currently the organist at the Newtown Congregational Church, a post he has held for the past nineteen years, and has been an accompanist and contributing composer to the Newtown Choral society.  Day to day Phil is a consultant developing actuarial and financial risk management software in the international life and health insurance marketplace.

Kristen Provost Switzer: Violoncello
Kristen began her musical studies at the age of six on piano, and began playing cello at age nine. She attended the University of Miami to study Music Therapy, eventually finishing her studies in Psychology and completing a Master of Divinity at Yale Divinity School. When Kristen is not playing cello, she is an ordained minister and currently serves the Newtown Congregational Church (UCC). She also loves to hike, cook vegetarian food and crochet. Kristen is married to NENME's bassoonist, Scott.

Scott A Provost Switzer: Bassoon and Contrabassoon
Scott A. Provost Switzer is a bassoonist, composer, and music librarian. Scott regularly performs with Connecticut's premiere orchestras and is principal bassoonist with the Norwalk Symphony Orchestra. Scott is also the music librarian for the Hartford Symphony Orchestra. Scott holds multiple degrees from both the Eastman School of Music and the Yale School of Music. He lives in Naugatuck, CT with his wife, Kristen.

Robert Rabinowitz: Flute and Saxophones
Robert has a Master of Music degree in Music Composition from Arizona State University. He has studied with Phillip Glass, John Cage , James DeMars, Glenn Hackbarth and Gundaris Pone. He was selected for a residency at the prestigious dance and performing arts center, The Yard, which resulted in the premiere of two new works in Boston and NYC, both of which received favorable reviews in The New York Times. He has performed as a flutist and saxophonist in such diverse settings as BAM (Brooklyn Academy of Music), The Kennedy Center, The Troubadour and CBGBs.  His compositions and playing have won numerous awards and grants including a BMI Award for Excellence in Music Composition, Arizona Composers Forum grant, and Arizona Council for the Arts grant to perform at museums throughout the state.  Mr. Rabinowitz has composed original music for, and performed his compositions live, with choreographers Dennis Wright (Pilobolus, Alvin Ailey), Sally Radell (Emory University, Atlanta Ballet), Desert Dance Theatre, Kelly Roth and Dancers (NYC, Phoenix, Las Vegas), Marion Kirk Jones (Martha Graham, Doris Humphrey), and even had the honor of accompanying and learning from Merce Cunningham and Daniel Nagrin (Martha Graham, Anna Sokolow). He has been commissioned to compose compositions for Shields Collins Bray (pianist, Van Cliburn Foundation, Forth Worth Symphony Orchestra, Fort Worth Opera), and Joseph Wytko (virtuoso saxophonist), among others.